A stellar season thus far for Rangers as they clinched their first league title in 10 years; halting Celtic’s ’10 in a row’ plans in the process. On the park they have played an attractive brand of football that has seen them go unbeaten in the league after 34 games. They have also had a successful campaign in the Europa League; getting results against teams such as Benfica & Galatasaray to reach the Round of 16 for the second time in a row. Rangers’ fans will no doubt think back to what could have been as they were knocked out of the League Cup by St Mirren however Scottish Cup success is still a realistic possibility for Gerrard’s men…can Celtic stop them this Sunday?

Highlight of the season

This season will go down in history as the year that Rangers’ 55th League title was clinched. Albeit in strange circumstances given the lack of fans, the jubilation around Ibrox Park on the pivotal weekend of the campaign was palpable as the Teddy Bears cruised to a 3-0 win over St Mirren and therefore all but securing the sought-after League title…cue the dressing room celebrations! 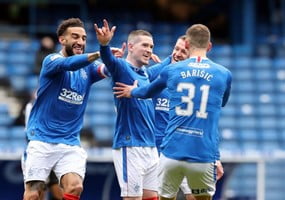 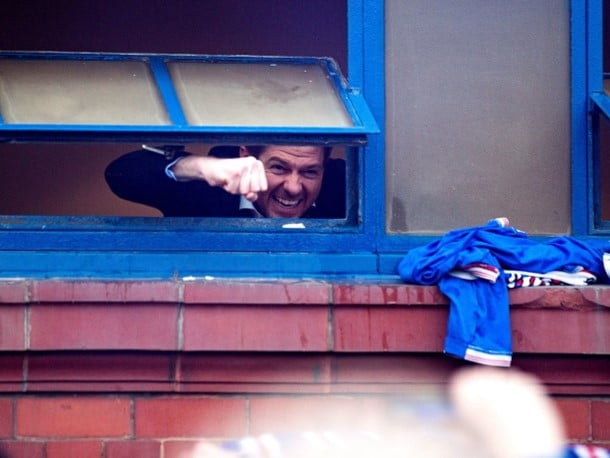 It wouldn’t be an APPIN SPORTS’ season review without discussing the kits! Relatively unknown Liverpool-based brand, Castore, became Rangers’ kit supplier this season and have ticked most of the boxes required. The high-end sportswear brand has expertise in Tennis and market themselves as at the forefront on sportswear technology. The tops boast lightweight material and bespoke neckline. Whilst these designs likely won’t go down as Rangers’ classic designs, fans have been overall pleased with the design options this season. Castore have also launched a limited-edition retro kit, a women’s team kit, and a Champions’ kit too. 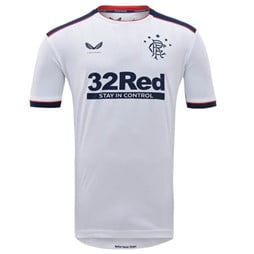 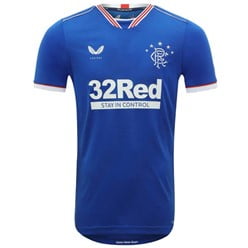 Player of the Season – James Tavernier

There were a few candidates for this accolade however the standout for most of Rangers’ season has been the captain and marauding fullback, James Tavernier. To say his career at Ibrox has been a rollercoaster since arriving in 2015 would be an understatement! He has seen several mangers come and go, many defeats, but has come out the other side a better player. When Steven Gerrard arrived he immediately made Tavernier captain, to mixed reviews from the Rangers’ fanbase, however his performances this season have surely justified the decision. He has led the team from right back, chipping in with 11 goals and 10 assists so far in the Scottish Premiership; resulting in 2 ‘player of the month’ awards!

Gerrard & his team will be looking to build on their success this season and win back-to-back titles whilst also coveting domestic cup success. However, a new challenge for the squad will be qualifying for, then possibly competing in, the Champions League group stages. An ever-present during Gerrard’s reign has been Rangers’ good performances in the Europa League although the Champions League will present far greater challenges, and greater rewards!

A new-look Celtic will no doubt cause more problems domestically too and it will be up to Rangers to continue strengthening their squad in the transfer market and developing young prospects such as Nathan Patterson to consolidate their current position. Another pivotal factor will be whether or not they can hold onto their prized players with plenty of interest in the likes of Alfredo Morelos, Ryan Kent, Borna Barisic and Glen Kamara…